This 51st edition of Umrabulo Journal themed Electoral Systems and Reform comes at an opportune moment in light of continued debates brought to the fore, largely by the June 2020 Constitutional Court decision on what is termed the New Nation Movement’s case. In brief, the majority decision of the court found that aspects of the Electoral Act have shortfalls – particularly in terms of how it does not allow an individual to stand as a candidate in provincial and national elections.

Whilst looking at what this state of affairs implies in relation to South Africa’s electoral systems, some historical account is also provided to contextualise the path travelled that brought us to where we are. Also explored are practicalities that comes into play for the Constitutional Court’s directives to be brought to life.

Therefore, quite appropriately so, in Genesis Behind ANC Support for Proportional Representation, Justice Albie Sachs invites us through a fascinating storytelling format, to the backrooms of ANC’s thinking, processes and dealings in the early 1990’s concerning the electoral system for a democratic South Africa.

Provocatively, Professor Steven Friedman’s Changing Electoral System Talks Is Much Ado About Very Little questions if the Constitutional Court’s judgement actually means that a new electoral system is essential. The introductory paragraph sets the scene in this respect – “IF we all lived in textbooks, we could make democracy work for South Africa’s people by changing the electoral system. Since we live in the real world, we need to look elsewhere for remedies”.

Lawson Naidoo’s Prospects For An Accountability Based Electoral System and Daryl Swanepoel’s The Unconstitutional To The Constitutional – A Refined South African Electoral Model makes pointed proposals about what fixing could look like.

FINE TUNE YOUR POLITICAL EDUCATION ACUMENS AND WIN A BOOK 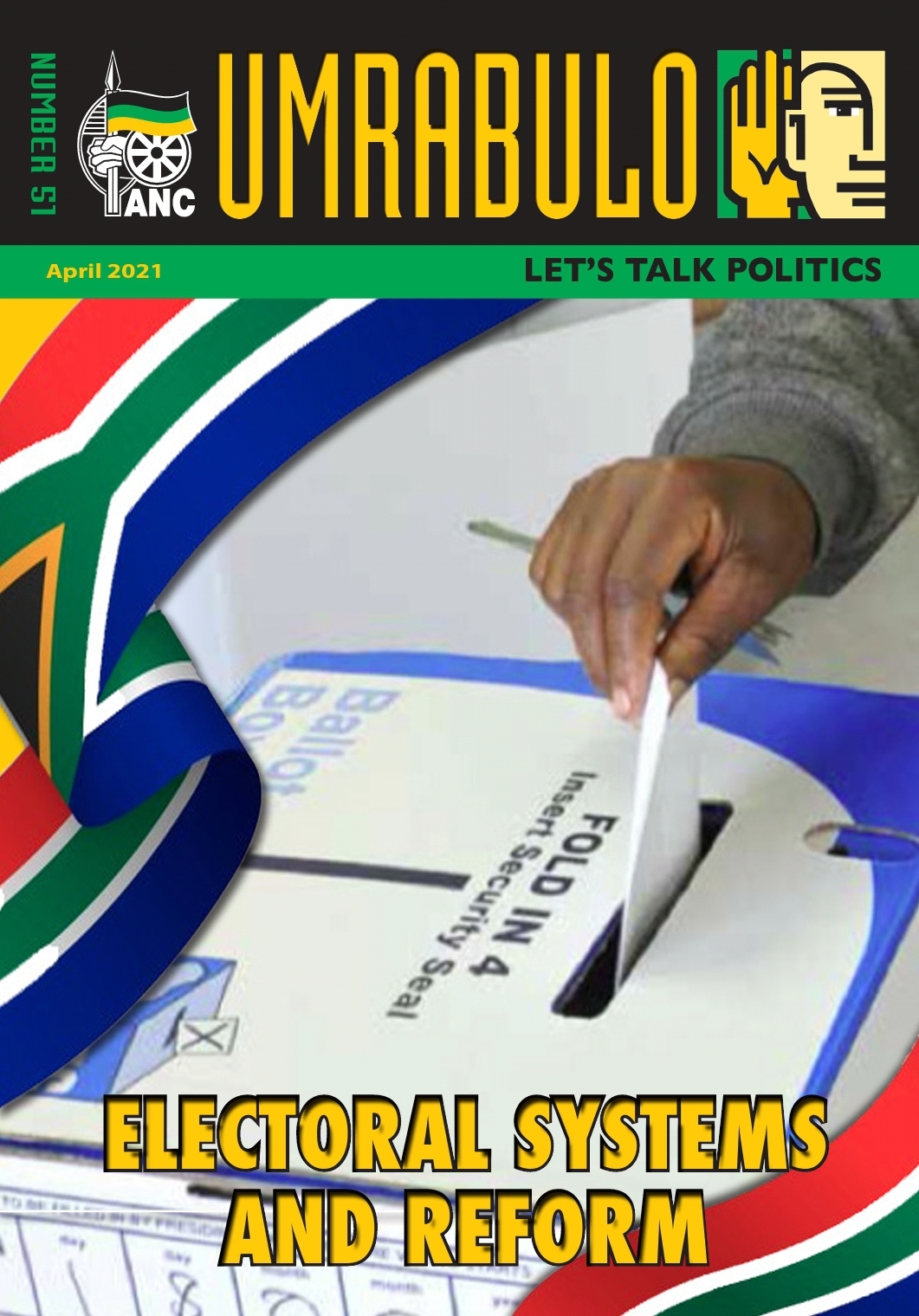 Motivated by this progress, OR Tambo School requires additional resources which will enable it to accelerate on its record of delivery.

The school recorded a number of successes in its first year of operation.

Motivated by this progress, OR Tambo School requires additional resources which will enable it to accelerate on its record of delivery

SKU: donation-8299 Category: Donate to us

OR Tambo School of Leadership seeks to build agents of change who have a well-rounded worldview. This political school is an autonomous educational institution to build the ideological, intellectual and organizational capacity of the African National Congress and the broader progressive and democratic movement.